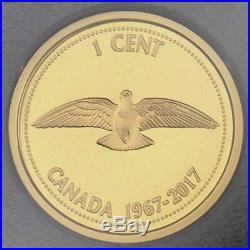 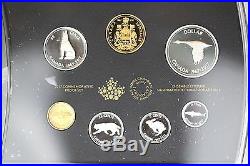 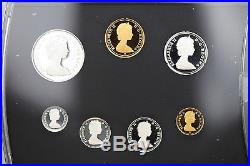 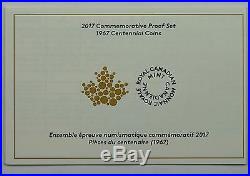 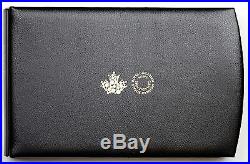 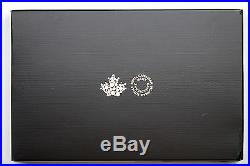 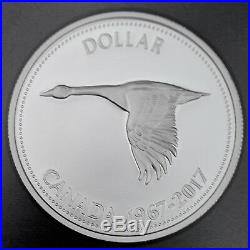 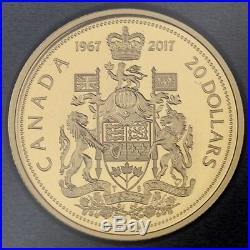 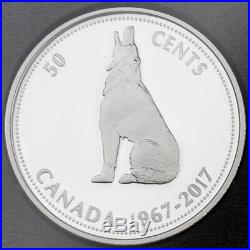 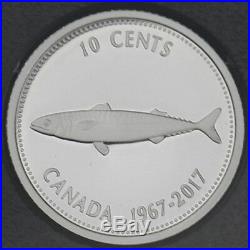 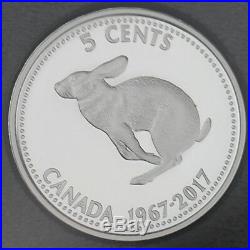 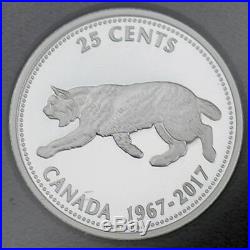 Canada 2017 Commemorative Pure Silver 7-Coin Proof Set – 1967 Centennial Coins. All coins offered in this listing are unsearched! (see Additional Information below). All of our Canadian coins are acquired directly from the Royal Canadian Mint – The counterfeiting of numismatic coins, and the sale of stolen coins, are serious problems for coin collectors and dealers. Unlike many other coin dealers. To protect against these risks, we do not sell’second-hand’ coins. All of our Canadian coins are stored in a climate controlled, smoke-free vault. The year 1967 represented a momentous time in Canada’s history, when the young nation enthusiastically celebrated the 100th anniversary of Confederation. As part of that year-long celebration, the Royal Canadian Mint issued a unique set of Canadian circulation coins that bore a reverse design by acclaimed artist Alex Colville. Strikingly simple but unquestionably elegant, these now-iconic coins featured animals symbolic of Canada’s natural legacy, in an eloquent display of the artist’s vision of the nation a vision just as relevant today, as Canada celebrates its 150th anniversary. The beloved 1967 Canadian Centennial coins are truly unforgettable; they are coveted collectibles that are prized for their historical value and aesthetic beauty, but also cherished for igniting the passion of many life-long coin collectors. Never before have these iconic designs been featured in 99.99% pure silver! THE 1967 CENTENNIAL COIN DESIGNS! A contemporary re-issue of the 1967 Centennial coins, as they appeared in the 1967 Specimen Set, featuring each denomination in its original size! EACH COIN STRUCK IN 99.99% PURE SILVER! These coins are the highest quality of silver available from the Royal Canadian Mint, and a higher purity level than seen in the original 1967 coins. METICULOUS ENGRAVING OF EACH SUBJECT HIGHLIGHTED! The proof quality of the coins is enhanced with modern polishing techniques that highlight the meticulous engraving of each subject. OBVERSE FEATURES THE SECOND EFFIGY OF HER MAJESTY QUEEN ELIZABETH II! For added historical authenticity, the obverse features the second effigy of Her Majesty Queen Elizabeth II, as it appeared on the 1967 circulation coins. COMES IN GENUINE LEATHER, BOOK-STYLE PACKAGING! Provides an elegant way to proudly showcase these coins together. The Royal Canadian Mint certifies all of its collector coins. Most of these are serialized certifications, meaning that each certificate is given a unique number, starting at 1. For our Canadian customers, this coin set is GST/HST exempt with a limited worldwide mintage. All seven coins are crafted in 99.99% pure silver, with each one bearing a similar reverse design as the 1967 Centennial set of circulation coins designed by Canadian artist Alex Colville. Precision engraving recreates the iconic rock dove, rabbit, mackerel, bobcat, wolf, and Canada goose featured on the 1-cent, 5-cent, 10-cent, 25-cent, 50-cent and 1-dollar coins, respectively. Each coin has been carefully polished to ensure a stunning proof finish that showcases the artistry and expert craftsmanship behind this timely tribute to some of Canada’s most beloved coins. The obverse features the second effigy of Her Majesty Queen Elizabeth II by Arnold Machin. For the Centennial coins, Canadian artists, sculptors and designers were invited to submit their coinage designs in a competition launched in 1964. Without a clear winner, the panel of judges invited five more artists to submit their coin concept ideas. On April 20, 1966, a winner was announced: Canadian painter Alex Colville, who is remembered today for famous pieces such as Horse and Train and To Prince Edward Island. In 2012, The Canadian Design Resource declared the 1967 Centennial coins to be among the all-time best Canadian designs. These coins are encapsulated and presented in a Royal Canadian Mint-branded genuine leather, book-style packaging that provides an elegant way to proudly showcase these coins together. Unsearched All of the coins offered in this listing are unsearched. Many coin dealers search all coins when they are received from the Mint. They “cherry-pick” the best coins. Then submit them to be graded, certified, and slabbed by PCGS, NGC, ANACS, etc. When a dealer searches coins, those that they sell in original Mint packaging are only lesser quality coins. Photos: When a listing offers multiples of the same coin, one coin is picked at random and photographed. Since all coins offered in that listing are essentially identical, the coin photographed is representative of all coins offered. Surface areas that appear black on some proof coin photos are actually highly polished, mirror-bright metal reflecting the color of the camera. We often include proof coin photos with the coin slightly tilted to better depict the mirror bright surfaces. However, tilting the coin may result in one side being slightly out of focus. Please review all of the photos provided to obtain the best understanding of the coin’s actual appearance. Whenever possible, we use actual photos of our coins, rather than just stock artwork from the Mint. We frequently update and upgrade the photos that appear with our listings, using improved cameras and lenses and better lighting. We will honor your requests for additional photos as quickly as our schedule permits. The item “Canada 2017 Commemorative Pure Silver 7-Coin Proof Set 1967 Centennial Coins” is in sale since Tuesday, August 8, 2017. This item is in the category “Coins & Paper Money\Coins\ Canada\Commemorative”. The seller is “okranchlandandcattlecompany” and is located in Lewisville, Texas. This item can be shipped to United States, Canada, United Kingdom, Denmark, Romania, Slovakia, Bulgaria, Czech republic, Finland, Hungary, Latvia, Lithuania, Malta, Estonia, Australia, Greece, Portugal, Cyprus, Slovenia, Japan, China, Sweden, South Korea, Indonesia, Taiwan, South africa, Thailand, Belgium, France, Hong Kong, Ireland, Netherlands, Poland, Spain, Italy, Germany, Austria, Bahamas, Israel, Mexico, New Zealand, Philippines, Singapore, Switzerland, Norway, Saudi arabia, Ukraine, United arab emirates, Qatar, Kuwait, Bahrain, Croatia, Malaysia, Brazil, Chile, Colombia, Aruba, Brunei darussalam, Ecuador, Egypt, Guadeloupe, Iceland, Jordan, Cayman islands, Macao, Viet nam, Uruguay, Antigua and barbuda, Belize, Dominica, Grenada, Saint kitts and nevis, Saint lucia, Montserrat, Turks and caicos islands, Barbados, Bangladesh, Bermuda, Bolivia, French guiana, Guernsey, Gibraltar, Jersey, Cambodia, Liechtenstein, Sri lanka, Luxembourg, Monaco, Martinique, Maldives, Nicaragua, Oman, Peru, Pakistan, Paraguay, Reunion, Russian federation.